Lucknow: Uttar Pradesh Police is set to have its first training centre in Lucknow. The department has already sought land near Sarojininagar for the purpose from the district administration.
Till now the UP Police had to send its dogs to Indo-Tibetan Border Police (ITBP) in Punjab and National Training Centre for Dogs operated by Border Security Force (BSF) in Tekanpur, Madhya Pradesh.
Additional director general of police (logistics) Bijaya Kumar Maurya said that the process to have UP’s own canine center is underway. “Once the department gets the land required, construction work will begin soon. UP police has around 200 dogs presently, but most do not get timely training in advance courses for lack of training facilities. We usually have Belgian Malinois, Beagle, Dobermann, Labradors and German Shepherd,” he said.
He said that states like Telangana have a specialized centre known as Intelligence Integrated Training Academy where canines are currently trained and he wanted a similar facility in UP.
“If we have our own facility then we can train our dogs depending upon the requirements of the state. West UP areas need a different pattern while East is UP different,” he said.
The officer added that street dogs can also be roped in and trained. Later, their results could be checked.
There would be a remarkable shift in investigations with dogs being trained as per the environment needed in the state.
He said that the canine force can perform a wide range of tasks including tracking, mob control, search and rescue, apart from detection of explosives, narcotics, poisonous substances and mines.
Police dog trainer with Lucknow, constable Sanjay Singh, who has been training dogs for the last 10 years, said that first for specialized training dogs are sent to ITBP and BSF centers. Later, they are sent to districts depending upon requirement by the logistics department of the UP police. He said Lucknow police has nine canines till date. “It is a mix of tracker, sniffer and assault,” he said.
The training of sniffers is basically for six months, while for tracker dogs it is nine months, for assault dogs it depends upon the use. 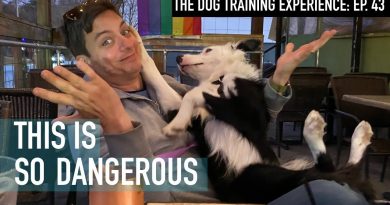 Cherel injured in crash after dog runs in front of him: Daily News Digest

(Want the Daily News Digest delivered directly to your inbox? Here’s the sign-up.) Hello again, CyclingTips readers, As we head

How to Train Your Dog to STOP BARKING at EVERYTHING That Moves!!