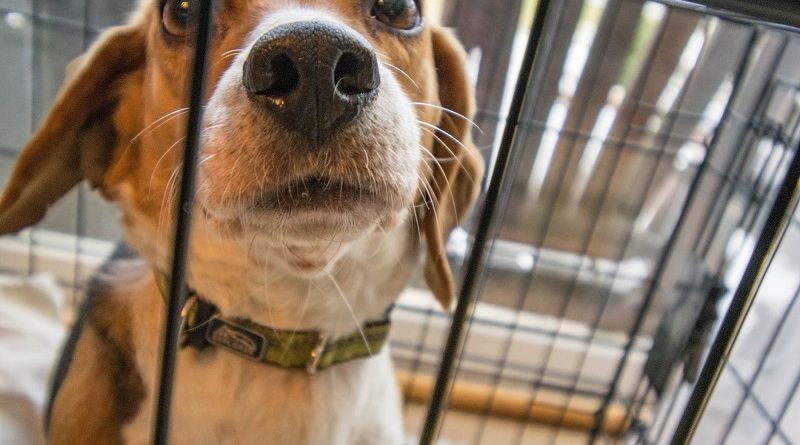 Every human being, has at some time or other, wanted to be away from it all. Wanted to be alone, with time all to them selves. Imagine the gratitude of such a person, if his or her boss just planned a vacation for them and sent them on it.

How would you feel if your boss insisted that you go on a vacation and planned it all for you? Elated I suppose? Would you expect your boss to do that for you?

A human does not expect such things of its master, but believe me, a dog does. Dogs expect certain things of their masters. It is their primal instinct that domestication seems to have promoted and fostered over the centuries that canines have been domesticated by man.

At times, a dog needs a secure place, a place unto themselves, a place to rest, and it hopes that its master would lead it to such a place or provides for such a place, and to that end, is the Dog Crate, the much debated, much misunderstood, yet extremely useful and indispensable crate training.

To the majority of dog lovers, the idea of crate training a puppy is nothing but an inhumane and cruel act. Very much to the contrary, it is one of the most important methods used in dog training by experts all over the world.

By nature, canines do not sleep in their urine or feces. The crate has so been designed bearing that part of the dog’s nature in mind.

The crate is normally only big enough for the dog to stand in, and lie down in, with no room to walk around or climb up. A puppy confined in a crate will not soil itself as it will not dirty the place it has to sleep in.

Such confinement of puppies is employed to toilet train them.

After a certain amount of time of confinement in a crate , they are then taken out in their crates to areas designated for their toiletry purposes and then released.

The puppy would relieve itself immediately it comes out of the crate. This done repeatedly trains the puppy to relieve itself in the designated area only and not anywhere and everywhere inside the house. This has been the conventional way of house breaking or toilet training a puppy.

Crate training, is not only meant for the purpose of toilet training a puppy. It has more uses than that. As mentioned at the beginning of this article, a dog needs its own space, a place it identifies as its own. A crate can be used to that end.

To begin with the crate should never, I repeat never used to punish the puppy, because it should not learn to fear or hate the crate.

You can start by placing the crate with its doors open in a room filled with people. Lead your puppy to it. Do not push it in. Entice it to enter it by placing interesting things like a toy it likes inside.

The dog should feel very comfortable when inside the crate. This is the much debated crate training. In fact it can be a very enjoyable experience for your dog.

He is inside the crate, the doors are open. Remain in your dog’s sight and hearing at all times. When you feel that he looks relaxed in the crate, attempt to close the doors. He may whimper and get upset, but if you let him out, he will use the same ploy to get out, every time you lock him in. Remain insight and wait till he settles down, which he will, before opening the crate doors again.

The next step in crate training would be to get the puppy so used to and comfortable in it, that it will feel safe when it is confined in it and that too, alone.

Place playthings inside the crate to occupy him. Once you notice he has relaxed leave the room for a short period of time then return. Repeat the act of leaving the room and keeping alone, but increase the amount of time that you are away. You can even now safely leave the house but do not keep a pup confined and alone for a period of more than 4 hours

A puppy thus crate trained, will be a disciplined dog, giving you the freedom most other pet owners do not have.

You can schedule your dog’s activities and yours, because you now have the ability to get the dog into the crate where it will be happy and content for 4 to 6 hours, alone or surrounded by other people or activity.

Follow these crate training, basic puppy training tips, and you will be a contented and happy dog owner, with a happy and contented dog, because you as its master have provided the safe haven it can retreat to when it wants to and needs to, it its crate. 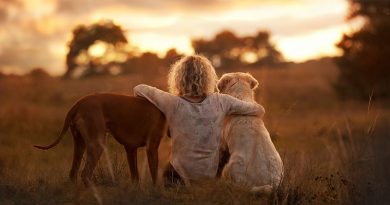 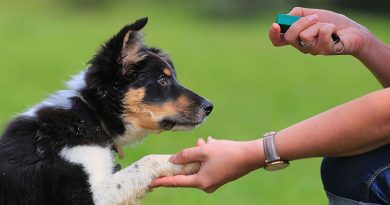 Training Your Dog With A Clicker 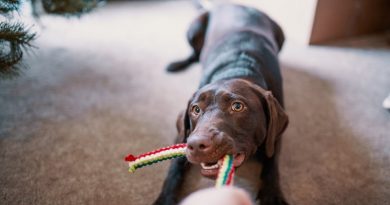 How Do I Let My Dog Know I’m The Boss?