In deciding to set an absolute deadline of Sept. 11 to get U.S. forces out of Afghanistan, President Joe Biden acknowledged the arguments about the risks of leaving, but saw no reward in staying. Pentagon and some senior State Department officials tried to talk him into hanging in, as they did with two past presidents, but Biden said no more.

“I am now the fourth American president to preside over an American troop presence in Afghanistan. Two Republicans. Two Democrats. I will not pass this responsibility to a fifth,” Biden said Wednesday. “Afghanistan was never meant to be a multigenerational undertaking,” said Biden, speaking (watch the video) from the White House Treaty Room, where President George W. Bush in 2001 announced that the war in Afghanistan had begun in response to the 9/11 attacks.

Biden said he understands the argument that the United States would lose leverage over Taliban insurgents by leaving, but said staying had not ended the war or achieved peace. “We gave that argument a decade,” he said. “We went to Afghanistan because of a horrific attack that happened 20 years ago. That cannot explain why we should remain there in 2021.” Ten years have passed, Biden said, since “we delivered justice” to Osama bin Laden, the mastermind of the terrorist mass-murder assault on New York’s World Trade Center and the Pentagon.

Those expressions were private, but hours before Biden’s announcement, CIA Director William Burns told a Senate hearing the withdrawal could pose a “significant risk” of a terrorist resurgence in the region. Public denunciations of a pullout came from Republicans in Congress and David Petraeus, a former commanding general of allied forces in Afghanistan, who said: “I’m really afraid that we’re going to look back two years from now and regret the decision.”

Biden pledged, “We’ll reorganize our counterterrorism capabilities and the substantial assets in the region to prevent reemergence of terrorists.” He consulted with former presidents Obama and Bush. From Obama came a statement of support that “it is time to recognize that we have accomplished all that we can militarily, and that it’s time to bring our remaining troops home.” Neither the White House nor a spokesman for Bush shared his view of the decision; they said the 46th and 43rd presidents both hailed the valor and heroism of the men and women who served there.

After concluding this remarks, Biden paid a solemn visit (see video) to Section 60 of Arlington National Cemetery, walking among the graves they final resting place for many who served in Afghanistan. “I’m always amazed at generation after generation, the women and men who prepared to give their lives for their country.” Biden said. Asked by a reporter if his choice was hard to make, he replied, “No, it wasn’t. To me, it was absolutely clear.” For more, see Newsday’s story by Laura Figueroa Hernandez.

Get our inside look at the White House and goings on in the Joe Biden administration.

Windmills of your — never mind

The move, first reported by Newsday, was applauded by critics of the prospective Hamptons wind farms, which would have been seen 15 miles from shore. “That’s excellent news,” said Jay Schneiderman, supervisor of Southampton Town, who opposed turbines off the East End.

Instead, BOEM will focus on a series of wind-energy areas to the west and south for its upcoming lease auction, officials said during an online task force meeting. Excluding the areas off the Hamptons, BOEM identified eight areas of around 80,000 acres in the New York Bight that it said could produce 7,600 megawatts of wind energy, enough to power 2.7 million homes. Most are nearer the New Jersey coast, while two, called Hudson North and Central Bight, are nearer to Long Island.

While trying to shake off nasty and personal attacks from former President Donald Trump on one front, Senate Minority Leader Mitch McConnell struggles to define a threat from the GOP’s foes at the ballot box.

So on Tuesday, he asserted that “what we are confronted with here is a totally left-wing administration” that’s “trying to transform America into something no one voted for last year.” Yet the president’s approval rating has been a steady 53%, with near-universal satisfaction from Democrats.

McConnell’s rhetoric could keep the GOP base engaged. But beyond that, his problem, writes Newsday’s Dan Janison, is that several transformations and slogans pushed by left-leaning Democratic activists appear quite far from the verge of happening.

For one, the U.S. Supreme Court isn’t about to be expanded and packed by now-dominant Democrats. Even if Biden were to want to increase the number of justices after he hears in six months from an advisory commission any change would require approval in Congress where fierce opposition would be expected. Approval sought by progressives of “Medicare for All” remains highly unlikely in this Congress.

Biden’s push to raise corporate tax rates hardly threatens a sweeping redistribution of wealth among American citizens. McConnell condemned Biden’s Afghanistan withdrawal plan but a complication is that Trump advocated a pullout too.

The Justice Department said Wednesday that it will not pursue criminal charges against the police officer who fatally shot a woman at the head of a mob that was trying to invade the House chamber during Jan. 6 pro-Trump invasion of the U.S. Capitol.

Ashli Babbitt, 35, a QAnon adherent from the San Diego area, was shot once as she tried to climb through the broken glass window of a door to the Speaker’s Lobby, which leads to the chamber. A Justice statement said its investigation cast no doubt to contradict the officer’s reasonable belief that it “was necessary to do so in self-defense or in defense of the Members of Congress and others evacuating the House Chamber.”

A blistering internal report by the U.S. Capitol Police describes a multitude of missteps that left the force unprepared for the Jan. 6 insurrection — riot shields that shattered upon impact, expired weapons that couldn’t be used and inadequate training, The Associated Press reported. Among the missed intelligence was an insurrectionists’ warning: “We get our president or we die.”

The Biden administration has taken steps to undo two Trump administration initiatives that were criticized by fair-housing advocates as undermining the fight against discrimination, Politico reports.

The Department of Housing and Urban Development moved to reinstate two restore key parts of a 2015 Obama-era Affirmatively Furthering Fair Housing rule requiring cities to address residential segregation, answering a detailed checklist regarding patterns of poverty and segregation, as a condition of accessing federal funds. HUD also reinstated a 2013 “disparate impact” rule against practices that look neutral on their face but whose practical effect results in discrimination.

Trump billed his assault on the anti-bias rules in last year’s campaign as a battle to “save the suburbs” from Democrats eager to force low-income housing on them.

It appears Trump’s departure from the White House didn’t bring an end to nondisclosure agreements.

Mark Tobin, the president’s Delaware dog trainer, spoke to The Washington Post about the Biden’s two German shepherds in January, but he has clammed up since the biting incidents involving the younger dog, Major.

He told the Post that he had signed an agreement prohibiting him from talking to the media. He confirmed that he’s still working with the Biden dogs, but beyond that? “I can’t comment.”

The no-comment comes into what the Post billed as a “minor investigation” — albeit a lengthy one — into Major’s problem since moving to the White House. A spokesman for first lady Jill Biden announced Monday that the rambunctious rescue dog is being sent to a personal trainer in the Washington area for a few weeks.

See a roundup of the latest regional pandemic developments on Long Island and beyond by Newsday’s Bart Jones and Matthew Chayes. For a full list of Newsday’s coronavirus stories, click here.

What else is happening: 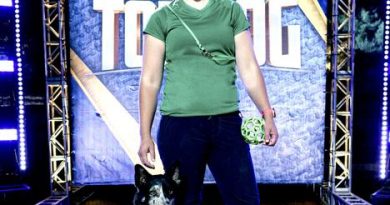 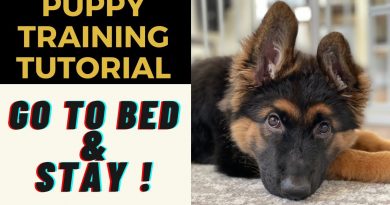 Ask the Vet: Debunking the ‘Dominance Theory’ – The Willits News