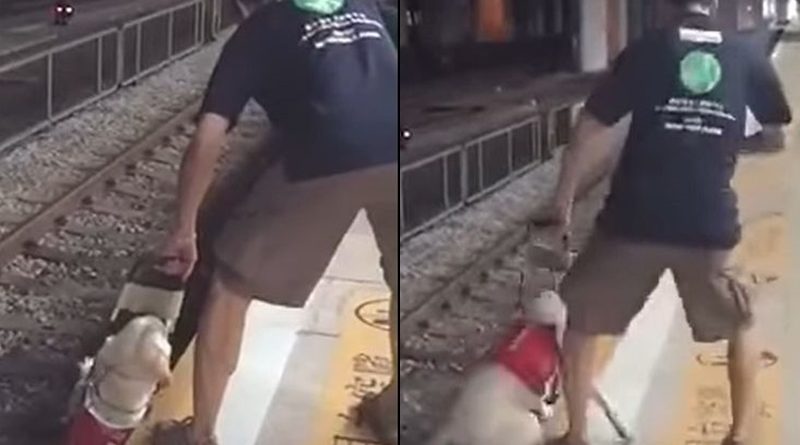 
A guide dog training center has attracted controversy after a video surfaced of a trainer pushing a guide dog off a train platform during its training.

In the video which went viral online, a man wearing a shirt of the Hong Kong Seeing Eye Dog Services pushed a labrador off a train platform when they were walking along the edge of it.

The labrador, with a red vest on, lost its footing and fell towards the tracks. But the trainer pulled it back up using the guide dog harness.

The video attracted heated debate online, with some netizens slamming that the training was torture for the dog.

In response, the center said the video in question was an internal training footage used six to seven years ago. It has stopped using the training method ever since.

The training allowed the guide dogs to understand the sensation of falling, so that they would not lead blind or visually impaired people near the edge of train platforms.

The center stressed that the training was conducted in a safe environment with assistance offered by the MTR Corp. Senior dog trainers also made sure the guide dogs won’t be harmed during the fall.

“We apologized for the unsettling video. Over time, we have been making changes to our training methods, providing more positive reinforcement for the guide dogs during training,” the center wrote in a Facebook post.

It called upon people to continue supporting services they provide for the visually impaired. 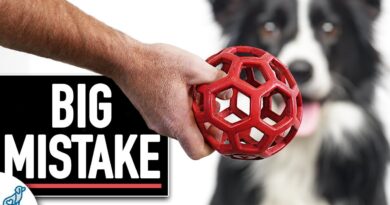 Are You Accidentally RUINING Your Dog Training With Toys? 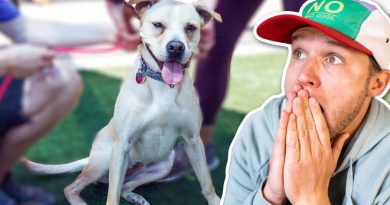 HOW TO TRAIN AND CONTROL A CRAZY DOG ON LEASH! 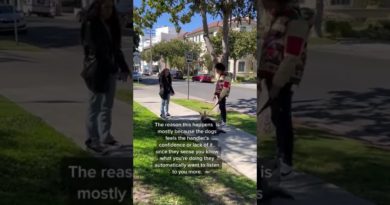 Dog Training That Make Sense To The Dog And The Owners.