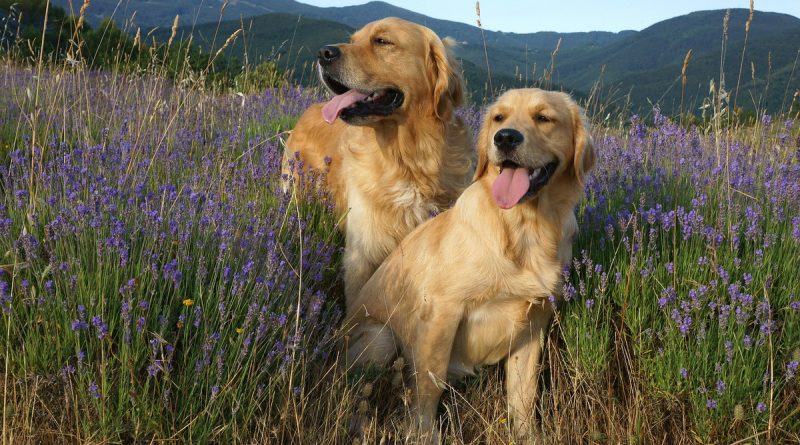 
Are you a cat or dog person? Perhaps you’re both. During the pandemic many people indulged their urge for an animal companion and there was a huge increase in dog ownership.

As we move towards spring maybe you’re thinking of taking the leap, and welcoming a dog into your home. Living with a canine friend has many positive health benefits – such as a lower risk of heart disease and reducing stress – and they can provide companionship and unconditional love to adults and children alike. But there is so much to think about that it can be overwhelming.

Here are some things to consider to help fully prepare for the exciting journey ahead. After all, the dog will be entirely dependent on you for its wellbeing so it’s important to find the perfect match.

Dogs live for around ten to 15 years on average. They will probably change your life completely and even normal day-to-day activities, such as a spontaneous outing can become more complicated. You’ll have to think about arranging a dog-sitter, or ensure that you can take the dog with you wherever you go.

Dogs are also big money burners, regardless of whether they are big or small. You will have to provide food, equipment (including cold weather clothes), dog-sitters and pay for their medical expenses throughout their life. It could all add up to somewhere between US$68-108 per month for the dog’s upkeep.

Dogs need a lot of exercise and play to stay healthy. Generally it is best to spend at least two hours a day actively engaging with your dog, especially walking and playing.

The other issue that needs careful consideration is a dog’s need for company. They are social animals and do not cope well with being left alone for more than five hours a day, often experiencing separation anxiety when they are left for too long.

When you first bring your new dog home you will need to gradually habituate them to being alone, so it becomes normal for them. This is done through taking careful little steps towards their independence. It can take weeks or months, depending on your dog’s history and age. Some older rescue dogs may take longer to adapt to being alone. But some may adapt more easily than a puppy if they were previously used to being alone (especially once they feel safe in your home).

Behavioural problems later on in the owner-dog relationship often start at the very beginning. That’s because the early life experiences of a dog determine the likelihood of problematic behaviour in the future.

Puppies (and some rescue dogs) have to be socialised, which involves introducing them to numerous people, animals and different situations. Otherwise you can find yourself with a dog that worries a lot and is scared of unknown people and other dogs. That’s a big problem for an animal which has to be taken for exercise twice a day and fit into a human’s busy life. 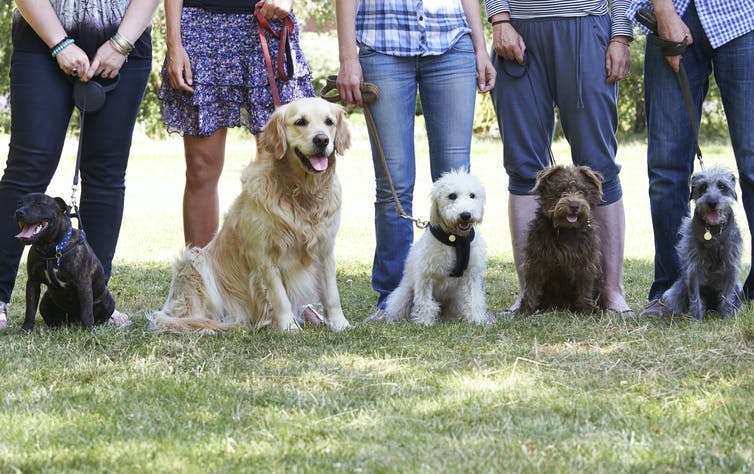 A dog training and obedience class can be a great way of socialising your dog. Image: SpeedKingz/ Shutterstock.

If you choose a puppy you’ll also need to train them in basic life skills, such as toilet habits and obedience. For example, they’ll need to learn to come when called and walk on a leash without pulling. This will require a considerable amount of knowledge of their needs and communication methods. Most dogs do not become fully trained until after puberty, so you’ll have to invest in training for at least a full year.

People often choose dogs based largely on its physical appearance – but pet owners report more positive attitudes toward their pets when their behaviour complements their own personality traits. For example, dog owners were more satisfied when they perceived their pets as exhibiting a level of warmth that was similar to their own.

Certain characteristics have been found to be particularly important in successful dog-human matches: the tendency to share possessions, the love of running outside and the ability to get along with others. So, it may well be worth choosing a dog that is your canine double on those factors.

Just as with humans, every dog is unique. A dog is born with certain character traits that were either needed in the past for survival, or have been bred by humans so the dog could excel in a particular job for our benefit.

Breed is an important factor to consider. For example, some breeds require three to four hours of activity daily, so are probably not a wise choice if you favour lazy days in front of the TV or have limited time due to work or family commitments. Hunting dogs will need firm control if you live in an area with lots of wildlife – or domestic cats. 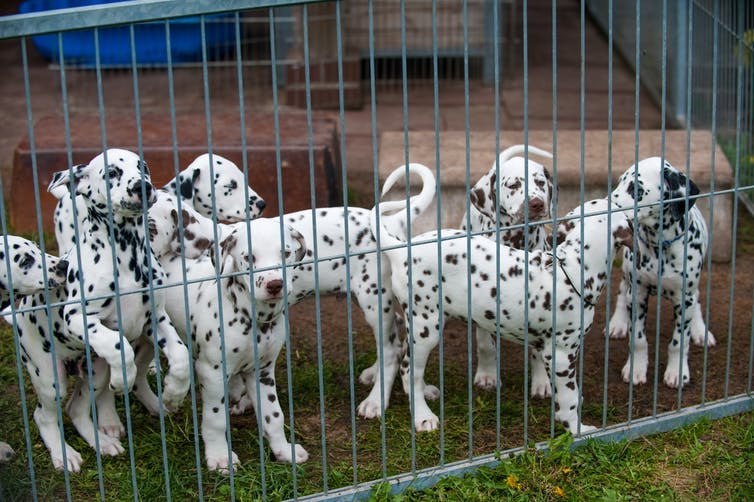 Buying from a responsible breeder is a must. Image: Dora Zett/ Shutterstock.

These hereditary traits in dogs cannot be erased, so it’s important to do your research on the many different breeds and choose a dog that will suit your lifestyle.

Dogs bought from non-commercial breeders might be less anxious and less aggressive than those bought in pet shops. Always buy from a responsible breeder and take great care to avoid illegal puppy farms. Your best bet is to find a breeder with a waiting list and who wants to see you at least twice before selling you a puppy.

Alternatively, you might decide that a rescue dog, who is already developed and behaviourally assessed, is the best option to ensure you get a good match – and you’ll be providing a home to a dog in need too.

But if your own dog is not right for you at this time, don’t forget there are other options to full-on dog ownership. Consider volunteering at a shelter or asking a neighbour if they need a bit of help with their dog for a few hours a week. That’s a great way to enjoy canine company on a part-time basis.

This article was originally published on The Conversation. 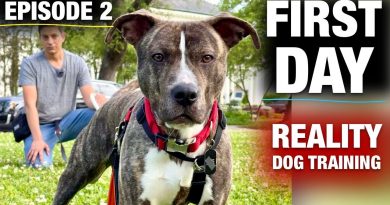 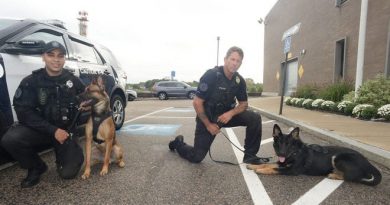 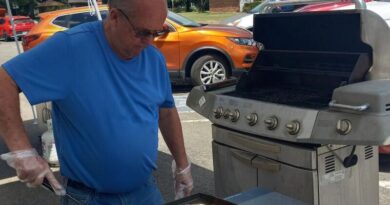