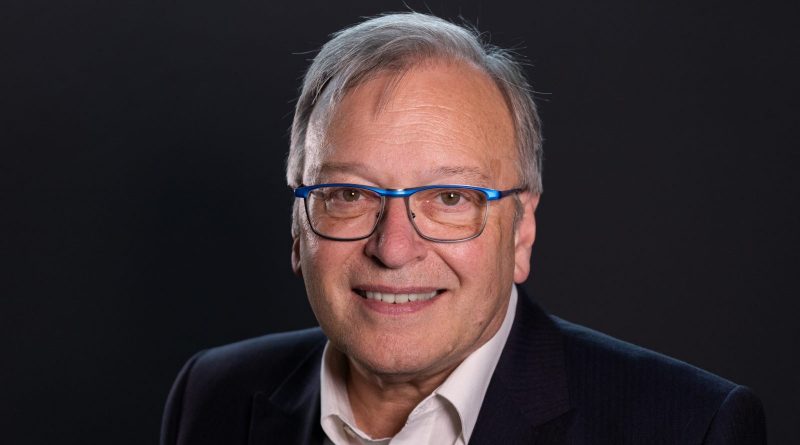 
With businesses around the world managing the Covid pandemic and each facing their own set of challenges, City A.M. caught up with Simon Topman, managing director of 150-year-old ACME Whistles, to blow the whistle on how this pandemic has differed from two world wars and other global disasters.

Since inventing and making the first ever police whistle in 1870, ACME has led the world in whistle innovation, adding the world’s first sports whistle and silent dog whistle to its achievements.

From its Birmingham factory, ACME Whistles now makes whistles for the UK and export markets around the word, “reaching almost every country in the world,” the whistle king boasts.

Exclusive: SIPP godfather John Moret on half a century in the City’s pensions space

Having been through two world wars, and a number of pandemics since they were founded, your company is no stranger to managing challenges. Was Covid different from any of the previous challenges?

Covid is completely different to anything we’ve experienced before – and it has created unique business challenges. The main positives we can take from Covid over other worldwide historical disasters is our workforce has largely remained unscathed and, surprisingly, we have even grown our market share.

We have been affected by staff being off sick or needing to self-isolate, which has caused disruption, but it pales into insignificance when compared to the world wars or, for example, the Spanish flu outbreak in 1918.

“We lost many skilled employees during the wars, while several team members tragically died after contracting the flu.”

During both world wars, our staff couldn’t be called up for service because we were making whistles for the war effort, but many people volunteered, so we lost a lot of skilled workers.

However, World War II saw women join the UK workforce and since then, we have always had a high number of female employees.

Also, there was no commercial trade during the wars. Our focus had to be on making whistles for the military and emergency services. We couldn’t sell to anyone else.

During Covid, however, we have actually experienced sales growth, largely because competitor products from the Far East have been unavailable.

As with almost every business, the pandemic has been a challenge, but not one of our greatest.

Exclusive: ‘Omicron is a reminder the world is only as good as the weakest link in the vaccination chain,’ says abrdn exec

With a lack of sport happening around the world – there was a significant drop in whistle demand for referees and umpires. Did your company take a big hit?

Absolutely. For a time, sport was virtually cancelled – from grassroots activities to the top professionals. It was grim – and we had no idea how long it was going to last.

We reduced our working hours, which in hindsight was probably unnecessary because our competitors in the Far East were struggling to export – and there was still a huge demand for whistles.

The drop in demand from sport was a major blow. Sport is – and will always be – very important to us, but apart from that demand has increased in other sectors.

Dog ownership, however, has skyrocketed during the pandemic. Have you been able to take advantage of that?

Absolutely. We have seen sales rising, which has been great, but it did not compensate for the lack of sport.

“We invented the silent dog whistle in 1935, but the market has never been the biggest part of our sales portfolio.”

Dog training is a niche activity, but we have seen increases – partly because of supply problems our competitors are facing but also because of our concentration on quality and effectiveness which are more difficult to achieve in the dog training market than might be thought.

Where do you see opportunities for growth?

I definitely am seeing growth in the developing economies of the Far East, especially China. The country appears to be following a similar pattern taken by Japan in the 1950s and 60s, which was to copy our products and flood the market with replicas.

But as Japan became richer and more successful, interest moved away from cheap counterfeits and to authentic products such as ours. It changed from being our biggest competitor to our third biggest customer.

That pattern is now emerging again in China. China has a huge population, and many can now afford to buy our products, which are about three times the price of our Far East competitors. They now want the original and best rather than cheaper alternatives.

I believe this will spread to areas of Southeast Asia with countries like Vietnam. Historically, it has never been a major market for us, but I think that will change in future. Ultimately, demand for authenticity and quality is typically dictated by economic conditions.

With e-sports and online gaming growing rapidly, do you feel that may be eating away your business?

We don’t see any evidence of it happening at the moment, but it’s hard to predict whether that will change in future. There is no doubt that e-sports are on the rise, however I really don’t think it will replace the physical contest of sport. We all get so much from sport – so I think there will always be schools, pitches, courts and parks filled with people enjoying the teamwork, social and health benefits of competition.

Could it be a threat? Absolutely it could, but there’s no evidence of it yet.

Is there any way you can use digital platforms or tech to your advantage?

I think the digital world is already proving its value to us. This I’m sure, has played a major role in our sales growth and I expect this to increase further in future.

“We can reach people in countries that would have been almost impossible before e-commerce was introduced. We can instantly sell to anyone, anywhere in the world.”

The user experience has vastly improved, too. Instead of just seeing it before you buy, people can also hear audio samples, and discover how other people are using our products.

The opportunity to showcase products in much greater depth on a global scale can only be good thing for a business like ours.

We are also creating a digital archive of our 150-year history so future generations can learn about our contribution to the world. Not only does this give us social proof of our heritage but has already inspired new ideas and innovations.

I have been told ACME has been developing partnerships across the world with referring bodies. So, from a sporting point of view, will your business soon support sport and sporting officials across the world on a more official basis? For example, to help recruit and retain referees into sport.

Our relationships with sporting bodies and officials are extremely important to us. We pride ourselves on developing and maintaining strong links with people who use our whistles. We love to listen to their opinions to ensure we are making what they want because needs change and new opportunities open, whether it’s different sounds, venues or sports.

And we need to be sensitive to market changes. We need to remain relevant to our market and offer the best whistles we can, rather than become just a heritage brand. We have always played a part in the local community, and that community should include those who use the product, including referees. Our community covers the entire world. 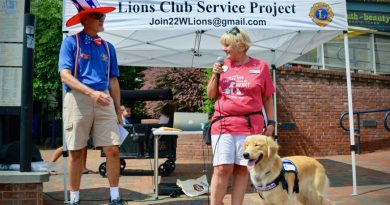 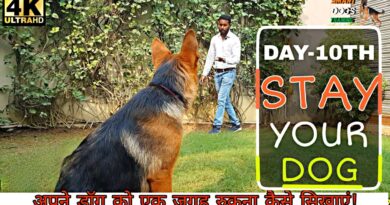 New book, “Chubby Little Stubby to the Rescue” has kids believing anything is PAW-sible | Entertainment