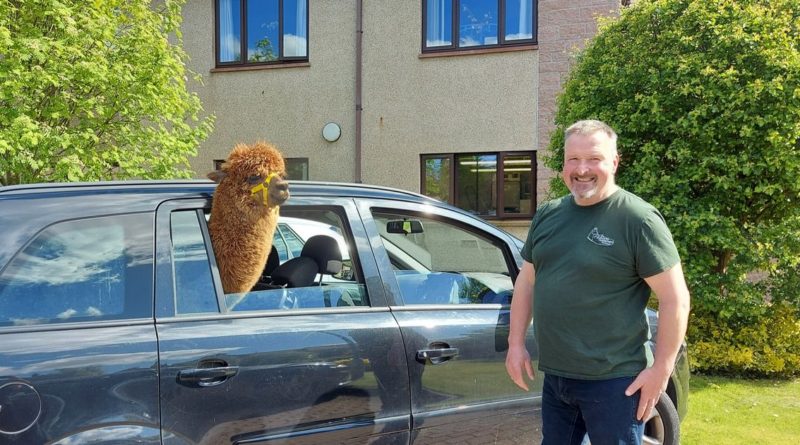 
A Scots man who hand-reared an orphaned alpaca has revealed how he raised and even house trained his unlikely pet.

Annie, 2, follows her owner Danny Burns everywhere he goes, travels with him in the car and sleeps in his family home every night.

Sadly, Annie was rejected by her mother at just 10-minutes-old, with Danny raising her ever since.

He says the process is much like having a newborn who needs feeding through the night or a puppy that needs outdoor toileting training.

Danny, from the Alpaca Trekking Centre in Thornhill, Stirling, told the Record: “Annie has been with me since the moment she was born and I’m certainly not aware of any house trained alpacas as far as I know!

“It was just like having a baby when she was first born and we were up every two hours feeding her through the night.

“I just toilet trained as you would a dog .

“I kept taking her outside after food and I’ve come to know when she needs to go outside as she makes certain noises.

Danny started off with two alpacas, which he found through an online advertisement from a man who had inherited them from a relative.

10 years later, he now has a whopping 75 in his care at the trekking centre, as well as owls, rabbits, ducks, chickens and geese.

Danny says the most common way to buy an alpaca is by searching for breeders online.

As they are classed as exotic animals, prospective buyers don’t need a DEFRA licence to own one.

Since taking in Annie, the beloved animal is just like one of the family and even sleeps inside with them, even though she sometimes gets up to no good.

David added: “She freely roams around the house at 4 ft tall.

“Although she now sleeps in the porch because she figured out how to open all the cupboards and just eats everything!

“She managed to get a Mars Bar once and we found her munching on it.

“I take her everywhere, she travels in the car with me and sticks her head out the window and provides a lot of amusement for people.

“She’s so friendly with everyone, sometimes she’s too friendly!”

We previously told how Danny regularly takes Annie on visits across Scotland such as schools and nursing homes to put a smile on people’s faces.

The cuddly animal lapped up the love during a recent visit to the Barchester Fordmill, in Montrose, with residents just as delighted being in Annie’s company.

Adding to the fun were youngsters from the local Little Beehive Nursery who were also invited along for her visit.

Don’t miss the latest news from around Scotland and beyond – Sign up to our daily newsletter here . 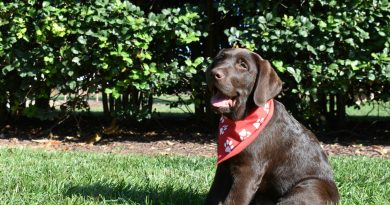 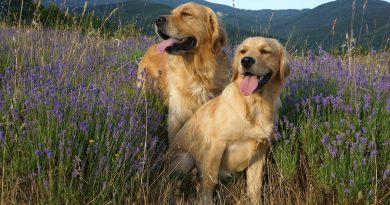