Channing Riley fled the abuse when she had the chance. She took her daughters, 5 and 7, but not the car that wasn’t in her name. From a women’s shelter in St. Petersburg, they walked.

They learned to avoid routes with stray dogs after Riley was bit. They saw how missing one bus could derail an entire day. The younger girl once fainted in the heat hurrying to school so Riley could get back in time to catch a bus to work in Seminole.

“They had no idea what it was like to walk around a city,” Riley said, “and neither did I.”

When 15 miles proved too far, Riley had to quit her job at an animal shelter.

This was life without a car in Tampa Bay’s sprawl. School drop-offs, grocery restocks and doctor’s appointments strung together with bus routes and shabby sidewalks.

Lately, finding a decent car has proved painful for families like the Rileys. More locals are dragging beat-up cars to the mechanic, while those determined to buy compete at higher price points. Dealers are bidding more just to stock their lots.

Since the return to life after pandemic lockdown, demand has climbed as options have slimmed. New cars are delayed by microchip shortages, meaning fewer trade-ins, meaning fewer used cars. Shop for a new car now, and you might face long waiting lists. Want a used car, then? Prices are up 53 percent, and don’t try to negotiate.

And for the budget shopper hoping to pay $5,000 in cash for something used, nothing fancy, just a reasonably reliable ride to work — it seems those deals may no longer exist.

A social worker referred Riley to a charity called Wheels of Success, which provides a rarity in 2022: inexpensive, refurbished cars. For a 2002 Lexus SUV, Riley paid $100 a month for 14 months.

With the hatchback, she could load up clients’ pets for a new dog-training business.

“That car became everything,” she said.

Today that business has grown, the girls are in private school and Riley has a new car. The Lexus, which helped rebuild their lives, she donated. After all, car charities can’t meet the demand.

“We went to go see a car at a car lot that we saw online. The car wouldn’t even turn on,” said Quasem, who runs the Maher Food Market in St. Petersburg with her husband.

Spend your days with Hayes

Columnist Stephanie Hayes will share thoughts, feelings and funny business with you every Monday.

You’re all signed up!

Want more of our free, weekly newsletters in your inbox? Let’s get started.

Explore all your options

“It’s like 200,000 miles is the new 100,000 miles,” said Reid Kogelman, who with his father runs Pats Automotive repair shop and Parkside Auto Sales in Pinellas Park.

Dealers used to bat away cars with more than 100,000 miles, he said. “Now you buy high mileage cars and people don’t care, they’ll still buy them.”

John Ebner repairs cars down the road at Suncoast Auto & Tire. The shop does work for a big dealership that trades in new and used cars. The recent scarcity of used cars has changed dealers’ game, he said.

Before, large dealerships would send older, less desirable traded-in cars straight to the auction block. Now, he said, “they’re sending them to me to fix them up so they can sell them.”

Dealers have had to get creative. Several Tampa Bay residents told the Times that dealerships had offered to buy back vehicles they’d bought only a year earlier, sometimes for more than they’d paid. The old rule that a car’s value drops 20 percent as you drive it off the lot has not applied.

Dealer auctions, where the smallest dealers source cars that eventually sell to the most cash-strapped buyers, are more competitive now, said Mike Luce, a manager at Your Auction. Dealers pay more for older cars, and fewer cars in all come through the Pinellas Park auction house. Bidding gets weird, Luce said, with feuding dealers trying secret signals.

“They’ll hide behind poles and kind of pop out and try to bid without anyone seeing them,” he said. “Then if the auctioneer doesn’t see them they’ll complain.”

For these reasons, the auction is recorded on high definition cameras. An armed sheriff’s deputy stands guard as the auction brings in tens of thousands in cash in a day.

On a recent Wednesday afternoon, the cacophony overwhelmed a first-time visitor. Around 100 dealers shuffled through four lanes of vehicles driving through an open-air pavilion. Industrial fans whirred hot air as four auctioneers jabbered at once.

The men — they were all men — pushed fenders, peered under wheel wells and held their hands in front of air vents. Each car took about 60 seconds to sell. The least expensive cars often brought the most bids, such as a 2005 Cobalt with 106,000 miles that sold for $1,900. Same for a 2012 Civic with 144,000 miles that sold for $6,300 — prices that two years ago were what a buyer might expect to pay on the retail market.

Other cars sold at auction that day included:

She pointed to research linking cars to stability — even in regions with more robust public transit than ours — and showing that losing a car can spell disaster.

Local mechanics say customers are repairing cars they would have dumped in years past — even though repair prices are also up. The average age of vehicles on U.S. roads this year rose to 12.2 years, the oldest ever, according to auto registration data.

“People are dragging cars in here that have been in their yard for two years covered in leaves,” said Martin Wood, a mechanic at Brewer’s Garage in St. Petersburg.

Repossessions already appear to be rising, Barron’s reported in July, even among borrowers with great credit. When the market corrects, some who bought during the peak will almost certainly be upside down on car loans. Bankrate.com reports that monthly payments on used cars now average over $500.

Wheels of Success’ car donations plummeted so much that founder Susan Jacobs was briefly unsure how the charity could carry on. At the same time, calls from people in need have skyrocketed. Jacobs places about one client in a car each week, “but we could do three a day if we had the cars.”

Her clients must already have a job to qualify, and are required to take classes on car maintenance. They also have to pay something, even $50 a paycheck, because, Jacobs said, “People just take better care of something when they pay money for it.”

But with so few cars, Wheels has tried something new: helping clients repair the ones they already have.

“For so many of the people we hear from now, their car is their job,” she said. “We try to keep them on the road, because if they stop, then they become homeless.”

Last week, Nathan Henley and Marnie Hammon walked their kids to the first day of middle school in Port Richey. Their broken Chevy Trailblazer stayed in the driveway. The family’s main transportation for a year has been one of the boys’ Razor scooters.

Hammon scoots to the store and carries home groceries. She brings it on the bus to work, and if she wraps up late, she scoots the full seven miles home. Repairs on the Trailblazer are too much, and they can’t even consider buying in this market. If it’s raining, the kids stay home.

A significant chunk of the couple’s income goes to paying the auto insurance anyway, so Hammon’s license doesn’t get suspended. Just in case.

In Clearwater, Bruce Howard recently moved into an apartment complex for homeless veterans through the Homeless Empowerment Project. With a roof over his head, he took a leap and spent his entire savings on a 2010 Nissan Maxima for $5,000, his first vehicle in years.

It was a milestone for the 61-year-old former Marine piecing his life back together after addiction. He could make appointments at the VA hospital and visit his brother at a nursing home. “I want to be there for him,” Howard said. “I’ve been feeling bad about it.”

After a few weeks, the Nissan broke down. He bought a new battery, but now it needs a starter and other work he can’t afford. He had a job lined up cleaning banks at night, but the car trouble ended that.

“I’m back on the bus,” he said. “Getting caught in the rain, that’s just something that happens every day.”

The car remained parked in front of his apartment. On the doorstep a pair of sneakers sat drying out. 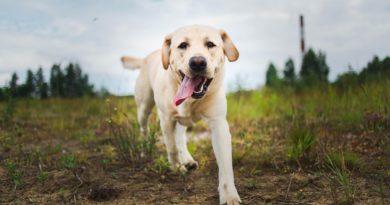 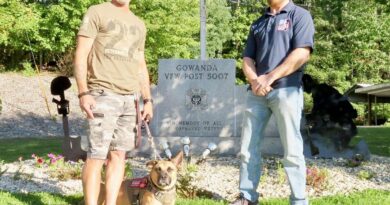 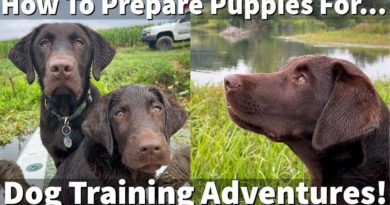