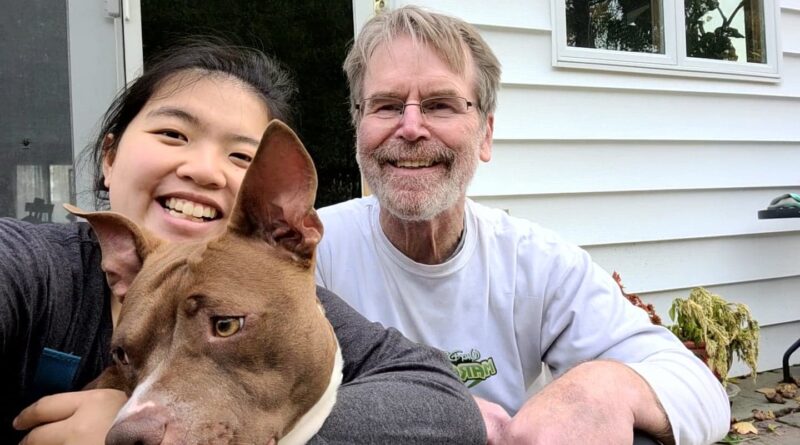 NEW MILFORD — Even after being diagnosed with Parkinson’s disease 18 years ago, Bill Streaman ran marathons and triathlons, on top of the walks and laps he did in downtown New Milford.

“They called him the poster child because he didn’t show symptoms for so long,” said Olivia Streaman, his daughter.

But his condition has changed in recent years and he now needs more support.

For over 20 years, Bill Streaman, 63, was a New Milford resident. While he’s since moved into an Americans with Disabilities Act-compliant apartment in Brookfield, his daughter said he still visits New Milford on the daily.

Bill Streaman was diagnosed with Parkinson’s in 2004. He said he went to his primary care doctor, who sent him to a neurologist as a precaution after noticing Bill was experiencing twitching in the little finger of his left hand.

A resident of Danbury, Olivia Streaman, 23, said she was 5 when her father was diagnosed, so she didn’t understand what it meant at the time. He remained active in the years after the diagnosis.

But in 2011, Bill Streaman was struck head-on by a car while he was on his bike and was thrown 60 feet. Because of his accident and the Parkinson’s, he had several surgeries, including two brain surgeries.

Since his surgeries, Olivia Streaman said her father has had no tremors, which she said is a huge symptom of the disease. However, she said his speech and balance have been affected by the disease’s progression and he has been drooling.

As she’s now becoming her father’s primary care support, Olivia Streaman said she’s familiarizing herself with the disease, going to the doctors with her father and finding the support and services for him. Her father attends physical therapy, speech therapy and occupational therapy at least three times a week and is enrolled in Lee Silverman Voice Treatment, or LSVT, a program designed specifically for individuals with Parkinson’s.

“He still is a very social guy, but he’s definitely lost his self confidence,” his daughter said.

Olivia Streaman said her father’s become more of an introvert and a homebody in the past seven years. This inspired them to look for a service dog.

This past May, Olivia Streaman said she and her father joined the Parkinson’s support group Shakers Anonymous, and she described the experience as “life-changing.”

“It’s been so eye-opening for me,” she said. “Having my feelings validated, I don’t feel as alone anymore.”

It was at one of their first Shakers Anonymous meetings that Olivia Streaman said she asked if anyone knew about a service dog program for her dad, since the closes one she could find was in Maine. The group’s leader gave her a website where they could find a service dog program based on their location and needs. The Streamans’ search led them to Educating Canines Assisting with Disabilities a 501©(3) nonprofit that trains service dogs and matches them with individuals with disabilities.

Olivia Streaman said she and her father went to the organization’s facility in Torrington this past spring for an interview, which turned out to be an evaluation of her father to see if the nonprofit could train a dog for his needs. She said she loved the facility and how personal everything was, from the tour they took of the facility to meeting Co-Founder Lu Picard.

The Streamans had their final interview with the nonprofit on Oct. 2, during which time Bill Streaman was accepted into the program. While he’s yet to be matched with a dog, Olivia Streaman said her father got to meet some of the dogs that had just graduated from training. Going forward, she said the quicker they raise funds for training a dog to meet her father’s needs, the sooner they’ll be matched since the organization is in a constant cycle of breeding service dogs.

“If, say, we get to our goal by mid next year, the earliest we would get matched with a dog is in 2024 because the 2023 slots are all booked already,” Olivia Streaman said.

She decided to turn to the New Milford Facebook, despite her initial anxiety about being “vulnerable.”

“Sharing his difficulties was difficult for both of us,” Olivia Streaman said, “but at the end of the day, we were talking about the big picture and what’s going to benefit him the most.”

She added that, by opening up about her father’s disease, they can be an advocate for service dogs and the amazing work they do to help people with their daily lives.

Since Olivia Streaman posted news of her father’s acceptance into the service dog program, she and her father have been overwhelmed by the support they’ve received. She said she’s received messages from others on Facebook who have shared stories of their loved ones being diagnosed with Parkinson’s, and that she’s actually recruited a few people to the same support group she and her father attend.

As of Friday afternoon, more than $12,500 has been raised for the Streamans.

Considering how Parkinson’s awareness has changed over the years — as well as her own efforts to raise awareness — Olivia Streaman said, “Every day I still learn how many more people have it… I’m so glad that I have some resources already and can help others with those resources.”

For more information on how to donate, visit www.ecad1.org/bill_streaman. Checks can be made out to “ECAD” with “Bill Streaman” in the subject line. ECAD’s Mailing Address is PO Box 831, Torrington, CT 06790. 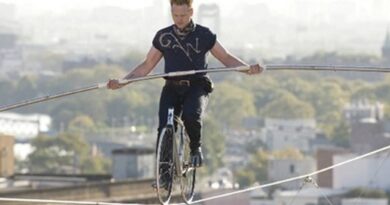 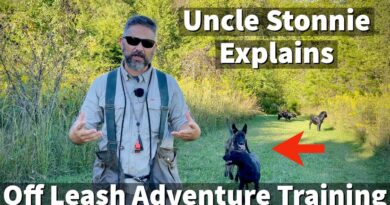 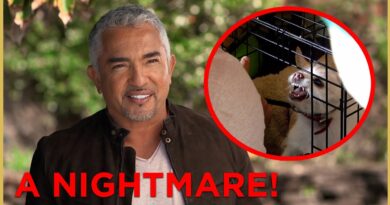