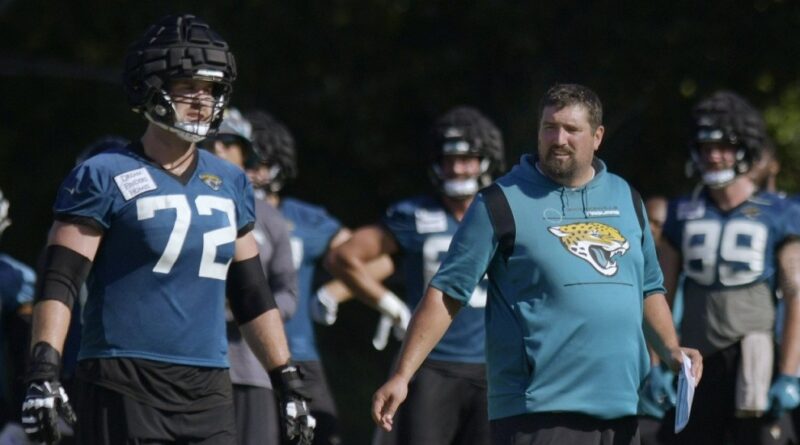 
The Jacksonville Jaguars have officially put in seven training camp practices under new head coach Doug Pederson, preparing them for Thursday night’s Hall of Fame game against Las Vegas and putting them officially in the dog days of summer.

Along with the completion of the first week of camp comes the release of the team’s first depth charts for the offense, defense and special teams. While nothing is set in stone, this gives us a good chance to look at where the Jaguars’ roster is at entering the Raiders game.

“It’s going to be exciting just to get the team on the field, you know, against another opponent. And then for the first time for all of us with the coaches and new players and really the whole team, so we’re looking forward to that,” Jaguars head coach Doug Pederson said on Sunday.

“I haven’t set any parameters yet on how much playing time people are going to get. (We’re going to) be as fair especially for the young guys, try to get as many of the young guys in the game as I can. But I’ll make those determinations. We still got a couple days here left to practice.”

So, what stands out about the Jaguars’ first offensive depth chart? We break it down below.

No surprises at wide receiver

There are no real surprises at the wide receiver position. The Jaguars have telegraphed all offseason that their starting three receivers will be Marvin Jones and Zay Jones on the outside and Christian Kirk in the slot, and this is exactly what the depth chart shows. The only other receiver outside of these three who has gotten a noticeable amount of first-team reps has been Laquon Treadwell, who very well could be the team’s No. 4 receiver and primary backup on the outside.

“He (Lawrence) has a relationship with Marvin (Jones Jr) going into last season. Laviska (Shenault Jr), Tread (Laquon Treadwell), some of those guys, but Christian and Zay, I think part of that is the way they see the game,” offensive coordinator Press Taylor said on Monday.

“The way they’re able to kind of keep their wits about them and communicate what they saw out there. That helps. Trevor can go, hey what did you see, maybe he was working the other side of the concept, but what do you have back here? They can explain it pretty much verbatim. And then we’ll go out, especially out here, we’re able to grab the video right after a period and can all sit there together. Okay, yeah, it looked exactly like you said. So for Trevor, you’re able to trust what they say, in a game, the way they communicate and things like that. So that’s just the way they all see the game together obviously helps communication.”

Laviska Shenault, as expected, is behind Kirk in the slot role on the depth chart. There was some home Shenault would make a claim for a bigger role during camp, but the third-year receiver hasn’t stood out in a big way in camp and for now is a backup receiver. The only real eyebrow-raising aspect of the depth chart was Jamal Agnew with the third-team, but this makes sense when you consider he is a slot-only and thus would go behind Kirk and Shenault. Plus, he hasn’t practiced fully all camp. His spot shouldn’t be in danger, though.

Engram’s place above Arnold is no surprise, either

There aren’t many players in Jacksonville’s camp who have received more critiques than tight end Evan Engram. Some are fair since he has indeed struggled with drops at times, including two would-be touchdowns on Thursday and Saturday. Others are less fair, with some disregarding the fact that along with the drops, Engram has also flashed big-play ability and yards after catch prowess. As such, it isn’t a surprise to see some wonder if Dan Arnold was going to be above Engram on the depth chart, but it is even less of a surprise to see Engram at the No. 1 spot.

“It’s been good. I really like where he’s at mentally and how he’s picking things up. His connection with Trevor and I see the communication with those two and where he’s at and he’s going to be a big part of the offense for us,” Pederson said about Engram on Sunday.

Arnold has been arguably more consistent during training camp, but he hasn’t made the big plays Engram has made and it has been clear rep-wise that Engram is the top dog in the tight end room. Whether the Jaguars’ decision to rely on Engram works out won’t be known until the real games begin, but for now it is clear he is ahead of Arnold and is going to stay that way.

Luke Fortner, Tyler Shatley continue to get starter titles to match their reps

The Jaguars entered training camp with only the left tackle and right guard spots 100% locked in, but through the first week the only two players who have gotten significant reps at left guard and center have been Tyler Shatley and rookie Luke Fortner. Perhaps that changes as the Jaguars look for the best mix of linemen closer to Week 1, but the depth chart shows what each practice has: for now, Shatley and Fortner are the starting left guard and center.

“We’re early in camp. But yeah, we want to see Luke in there. We want to see him with the starters. And then (Tyler) Shatley and Ben Bartch in there at the guard positions,” Pederson said on Sunday.

“It just comes down to these days, right here, you put the pads on, and this is where really the evaluation process comes in. And then of course, when you get into these preseason games, playing against good competition, and the starters playing against starters, you can make a better determination with some of these battles. But with Luke, he’s done really well. He’s not only going in as a potential starter at center, but then Shatley can be the guard or he can move back to center. You just got to have some combination of guys that if something happens during the regular season, you can move guys around.”

Fortner has had some rough moments since pads have come on, but that is almost to be expected with a rookie center. As long as he doesn’t appear overwhelmed, it seems like the Jaguars’ Week 1 line will be Shatley and Fortner next to each other, just as we have seen all throughout camp.

Examining the running back room

The Jaguars’ most surprising listings on the depth chart came at running back, where James Robinson, Travis Etienne and Snoop Conner were listed, in that order. Robinson hasn’t practiced during camp as he recovers from his Achilies injury, while Etienne has been one of the best players in camp and Snoop Conner has found more and more reps after starting out behind Ryquell Armstead.

For now, it appears Conner has the inside track to the No. 3 running back job thanks to a few stellar runs since pads have come on. Meanwhile, Robinson being listed above Etienne may seem puzzling to some, but it is clear watching the Jaguars’ offense and how it is designed in camp that the Jaguars will have plenty of chances to play both Robinson and Etienne, making it more of a 1A/1B situation.

Right tackle battle far from over

Walker Little took a big step toward staking claim at the right tackle position on Monday when he had a dominant practice. But even with Little’s improvement and Jawaan Taylor’s hamstring injury that has kept him out of half of camp thus far, the depth chart makes it clear that the right tackle battle is far from over.

“Walker has done a great job. He stepped up as things got even more physical the other day, he’s done a great job in the battles he’s had, but also playing next to the guys he’s been able to play with,” Press Taylor said on Monday.

“And again, that’s the benefit of being able to shuffle our offensive line. You see how guys work next to one another, especially if you’re an edge player, you’re working next to one guy, as opposed to your interior. You’ve got guys on either side of you.”

Don’t expect for the Jaguars to annoint anyone as the right tackle starter without giving both players a chance to win it, which would mean waiting until we see Jawaan Taylor in pads. The arrow is pointing upward for Taylor, but there is a reason he is still listed as the starting right tackle on the depth chart. 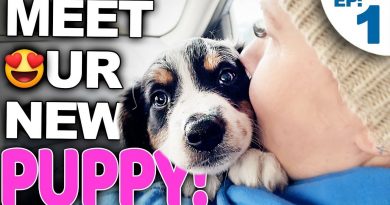 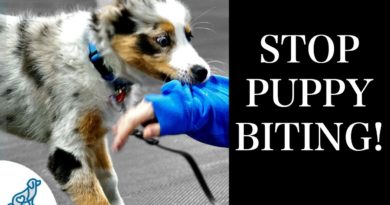 STOP Puppy Biting With These 7 Rules For Training