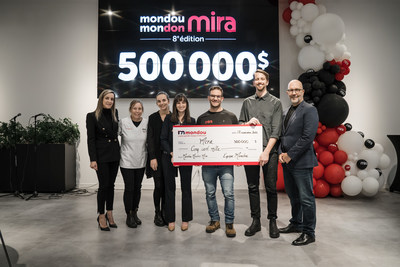 MONTREAL, Nov. 22, 2022 /CNW Telbec/ – A loyal partner of Mira for decades, Mondou announced on November 17 that it raised a total of $500,000 for the second consecutive year during the 8th edition of its Mondou Mondon campaign for the MIRA foundation, which was held in the 80 Mondou stores across Quebec as well as online at Mondou.com, from September 29 to November 13. This represents $50,000 more than the initial target, set at $450,000, bringing the total amount of donations raised to more than $3 million since the launch of this initiative in 2015. The revealing of the results and the presentation of the cheque took place during a day of special activities dedicated to Mira, a foundation that changes the daily lives of thousands of people thanks to its guide dogs and service dogs.

The aim of this discovery event, held at Mondou’s head office in Anjou, was to demonstrate to its partners from recent years how important it is to give generously to support this cause, as well as to showcase all the work and efforts behind the accomplishments of this emblematic foundation. For the occasion, veterinarians, animal health specialists, trainers, beneficiaries, foster families, as well as Mondou and Mira team representatives were invited to come celebrate the closing of the 8th edition of the Mondou Mondon campaign for the Mira Foundation.

“Once again, we would like to warmly thank our partners, suppliers, collaborators and employees, as well as Quebecers for their overwhelming generosity which has enabled us to support Mira for many years now. The organization contributes to the quality of life and well-being of thousands of individuals with visual or physical impairments or with autism spectrum disorders. This outpouring of generosity is all the more remarkable, considering that each and every one has to cope with an economic environment marked by inflation and the increasing cost of living. Since it was founded in 1938, Mondou has been committed to supporting a number of causes dedicated to animal welfare and to the community, such as the Mondou Mondon campaign for the MIRA foundation, which has become a yearly tradition,” said Pierre Leblanc, Mondou’s general manager.

This year, Mondou invited the public to participate in this initiative though various means, either by visiting one of the Mondou stores or by visiting Mondou.com. Customers could purchase the new Woof Pack box, which combines an assortment of dog treats and toys ($23.99), the Mondou emergency keychain with a “Save my pet” card ($6.99), the MIRA 2023 calendar ($6) or the adorable Mira plush toy ($14.99). Depending on the product, all or part of the profits of the sale were donated to MIRA.

AN INITIATIVE THAT HELPS CHANGE LIVES
The donations received as part of the Mondou Mondon campaign will be directed, among other things, towards training MIRA dogs and assisting their foster families, trainers and beneficiaries. To support this organization, which does not receive government subsidies, Mondou also donates more than 110 tonnes of food each year to the Mira Foundation to help feed its guide dogs and service dogs.

STARTING DECEMBER 1: THE FIRST-EVER MONDOU MONDON FUNDRAISING CAMPAIGN FOR THE CHUV TO LAUNCH JUST BEFORE THE HOLIDAYS!
The first-ever Mondou Mondon campaign for the CHUV (Centre hospitalier universitaire vétérinaire) will launch in a few days. This new initiative aims to raise funds to help the educational institution acquire new equipment to remain on the cutting edge of technology in the field of animal care. Stay tuned and check out the Mondou.com website for all the details!

ANIMAL WELFARE AT THE HEART OF MONDOU’S MISSION
In addition to its Mondou Mondon campaign for the MIRA Foundation, Mondou has been organizing the Mondou Mondon for shelters campaign, which raised nearly one million dollars over the last five years. As a firm believer in responsible adoption, Mondou has inaugurated four adoption zones for cats from rescue shelters at its Saint-Jérôme, Anjou, Saint-Jean-sur-Richelieu and Joliette store locations since April 2019.

Founded in 1938 by Montreal entrepreneur Joseph-Émilien Mondou, Mondou is a Quebec-based, family-run business that provides products, services, and advice intended for the health and well-being of pets of all kinds. Since the Legault family purchased this highly-successful Quebec-based venture in 1983, the company saw its number of stores rise from one to 80 thanks to the exceptional commitment of its passionate employees, who now number more than 1,100 across Quebec. Much more than a mere pet food store, Mondou distinguishes itself from its competitors by the expertise of its team of skilled advisors and by its commitment to refrain from selling animals. With animal welfare at the core of its values, Mondou is strongly committed towards its partner organizations and advocates to further advance the cause of animal welfare through the implementation of several initiatives. For more information, visit www.mondou.com. 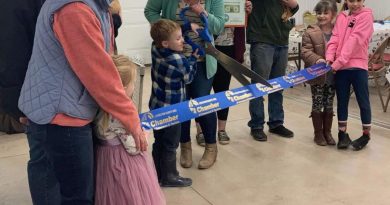 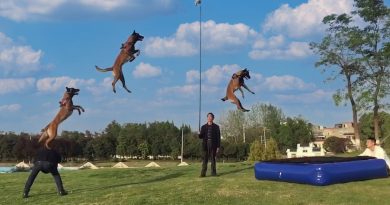 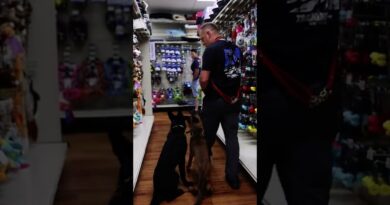