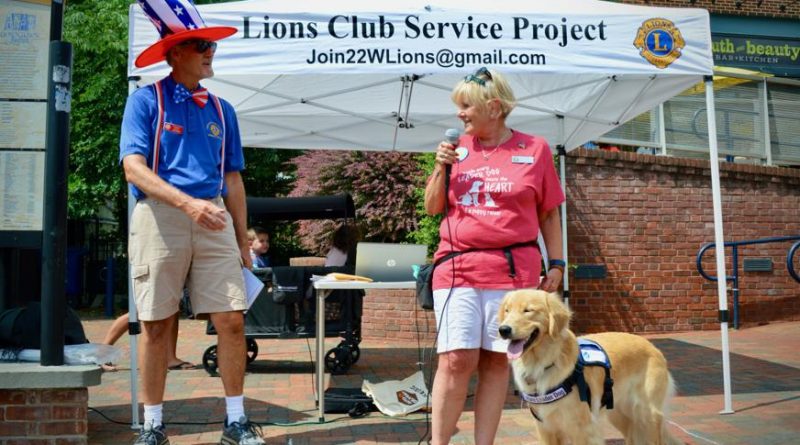 Mira Nair and her dog Nutmeg paraded down Carroll Creek in Frederick on Saturday, decked out in matching red, white and blue tutus and hair bows.

“A lot of people think she’s still a puppy, even though she’s nine years old,” Nair said, smiling down at Nutmeg. “She has so much energy.”

The pair were one of a dozen exhibitors in Saturday’s Canines on the Creek parade and costume contest, put on by the Francis Scott Key Lions Club. Proceeds from donations and entrance fees — about $600 in all — went toward Michigan-based Leader Dogs for the Blind.

Boasting stars and stripes on puppy-sized hats, boots and vests, the dogs looped around Carroll Creek, greeted by a crowd of delighted pedestrians. Dog training and advocacy groups had booths set up along the route.

Gary Bennett, a Lions Club member and the organizer of the event, said Saturday marked the second iteration of what the group hopes will become an annual tradition. Right before the coronavirus pandemic hit in 2020, he said, they held a St. Patrick’s Day dog parade, and next year, they’re hoping to pivot to a Halloween theme.

Though Bennett said his wife is the biggest dog-lover in the family, he was inspired to organize the event after hearing about the Lions Club’s work with Leader Dogs for the Blind. Lois Barb, a puppy-raiser with the group, addressed the crowd before the parade began.

Alongside Barb was 1-year-old Harper, a golden retriever currently working her way through the intense training required to become a guide dog for a blind or visually impaired person. It’s no easy task: Only a small fraction of puppies pass the final test.

Harper is Barb’s 10th puppy. She keeps them until they’re about 12 to 15 months old, she said, at which point they travel to a facility to finish their training. Three of her 10 dogs have ended up as working service animals — one is now in Spain, one is in Mexico and one is in Ohio.

One parader on Saturday was Olivia Deboer, who brought along her four-month-old Australian cattle dog, husky and terrier mix, Starla. Olivia is trying to teach Starla to read, she said, by using a laser pointer and large drawings of each letter. Her dad laughed as she described the process.

“Pretty soon, the dog’s going to be bigger than she is,” he said.

As the parade wound down, Bennett — sporting a massive Uncle Sam hat and matching bowtie — said downtown was a perfect place for his club’s events.

“Frederick is such a dog-friendly, dog-loving community,” he said. “It just seemed like a no-brainer to me.” 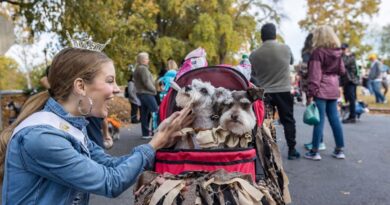 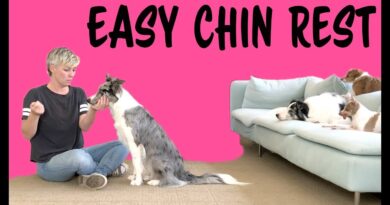 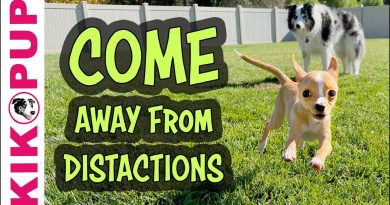 Come away from DISTRACTIONS – Puppy and adult dog training